So recently I was thinking…

For the past two Easters, I’ve taken an exegetical approach to my content, dissecting familiar topics from unfamiliar angles.

Why the Torn Veil and Split Rocks Matter: https://hisgirlfryday.com/2019/04/19/rolling-stones-why-the-torn-veil-split-rocks-matter/

However, this year, I’d like to take a different approach. Rather than forge a new facet, I want to read the Easter story from the Message translation for each Gospel…and from there, reveal four underrated Easter passages before lending my commentary.

1. “When it was time, he sat down, all the apostles with him, and said, “You’ve no idea how much I have looked forward to eating this Passover meal with you before I enter my time of suffering. It’s the last one I’ll eat until we all eat it together in the kingdom of God.” ~ Luke 22:14-16

It’s interesting to note Jesus’ demeanor here. In past readings, I’ve often assumed Jesus’ mien at Gethansemne as the same during the Good Supper. But to consider the magnitude of His such enthusiasm, His anticipation…it adds a new dimension to the Passover passage. From the beginning, Christ never lost sight of this moment, but He also never lost the desire to be in community. And now here He was…the Son of Man pouring into man in the most literal way with the Cross, the climax of His mission, in clear view. I don’t know about you, but to know the gladness of Jesus never detached from the glory of His Father is truly inspiring…not to mention one of the more underrated parts of the Easter story. Despite the pain and betrayal before Him, the Cross was all the more. Even in the pre-Passover hour, the tone of Jesus’ final breathes was being set.

As for us, a body of vocationals, let’s remember the model behind this historic screenshot. If Jesus can joyfully partake in a preview of His own death, then we, with Christ in us, can do the same regardless of cost and circumstance. However, in the crossing of troubled waters, remember the bridges involved are not only paved in delight but with people in proximity. Accordingly, let’s not neglect community in our communion with God. Instead, trust God to anchor your relational intentionality within the context of sharing goodness and Good news.

2. “Jesus told them, “You’re all going to feel that your world is falling apart and that it’s my fault. There’s a Scripture that says, ‘I will strike the shepherd; The sheep will go helter-skelter.’ But after I am raised up, I will go ahead of you…” ~ Mark 14:27-28

Here’s a reason why reading the Minor Prophets can prove fruitful during Easter. Remember in Zechariah 13 when Zechariah prophecies about a fountain opening for the house of David to cleanse them from sin and uncleanness? And then in v. 7, he mentions, “‘Awake, O sword, against my shepherd, against the man who stands next to me,’ declares the Lord of hosts. ‘Strike the shepherd, and the sheep will be scattered; I will turn my hand against the little ones‘”?

If not, don’t worry. I had to look it up to be reminded as well. The key takeaway here is the alpha and omega of the passage itself. Having been buried and resurrected with Christ (Colossians 2:12; Romans 6:4), we can know full well any time our world seems to crumble and crack, Jesus is there because He has gone before us. Even when we feel like the one sheep going helter-skelter, astray within our own vanity, we can know Christ will go after us. He took the nails to set us free, but also to pursue us by His Spirit and assure us of His continual Immanuel presence.

BONUS: The last ten seconds of this clip give me goosebumps. Not only did Jesus prophesy Peter’s denial but also his recovery into restoration. No question, the Cross was at the core of everything He spoke into existence.

If you’ve ever had to recite the Easter story, chances are you didn’t quote this line. After all, it’s a tough verse to understand without context. Yes, we can deduce Jesus is the green tree and the deadwood as the ‘builders rejected’ (Psalm 118:22, Acts 4:11), but why would He bring this up in the midst of a death march? As research has shown, there’s plenty of room for debate; however, while some suggest Jesus was hinting at a specific eschatological event (i.e. the destruction of Jerusalem in 70 A.D.), I’m just impressed He was prophesying at all at this point. Even with Simon of Cyrene carrying the Cross, Jesus still had enough selfless awareness to redirect sorrow to its proper source and purify emotions in the light of His suffering. In a sense, not only was Jesus foreshadowing His request for God to forgive the ‘deadwood’, but also sowing truth (John 14:6) in His final moments.

After Jesus’ resurrection, we tend to paraphrase the pre-ascension as ‘Christ making himself known’. And by all accounts, this is true. Before Jesus could ascend, he first needed to ‘show and tell’ before Operation: Great Commission (Matthew 28:18) could begin. However, to stop here would be to stop short. For if we look at this verse in context, we find Jesus was active in awakening faith in the faint of heart. From Mary Magdalene, Joanna and Mary (v. 10) to Cleopas, his wife (v. 31) and the 11…clearly, Jesus had more instruction and blessing to impart. But what ultimately makes these nine words stand out is the demographics behind them. In a poetic and somewhat symmetrical way, Jesus was tying a bow on what He started and cutting a ribbon on what He was about to start. At last the era of the synagogue was transitioning into the dawn of His bride, the church. And who would be in the middle of it but Jesus, the peace-making bridge-builder Himself? I know when we think Jesus as Savior, we think pre-Cross, but the post-Cross sequence, to me, is just as significant in affirming the nature of His love.

So there you have it, my friends: Four insights among the thousands currently illuminating around the world.

As you approach tomorrow, my prayer for you is that as you come into a fresh understanding not only of what Christ came to do, but what He longs to do in and through you in the days to come.

Until then, I wish you all a wonderful Easter weekend full of peace and rest as you reflect on the ultimate sacrifice. 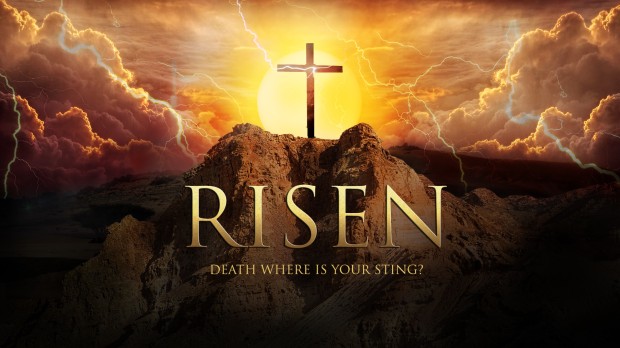 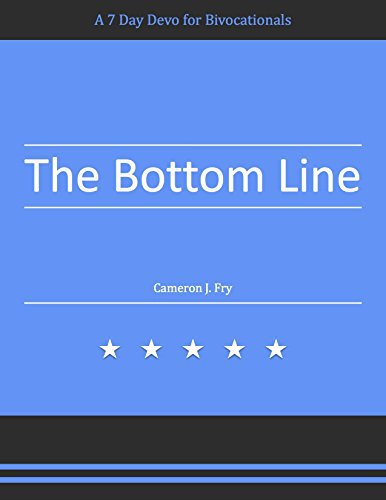 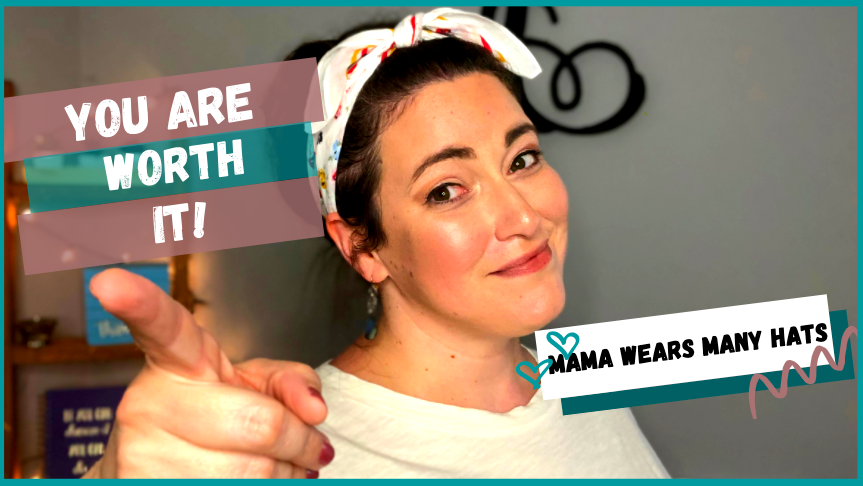